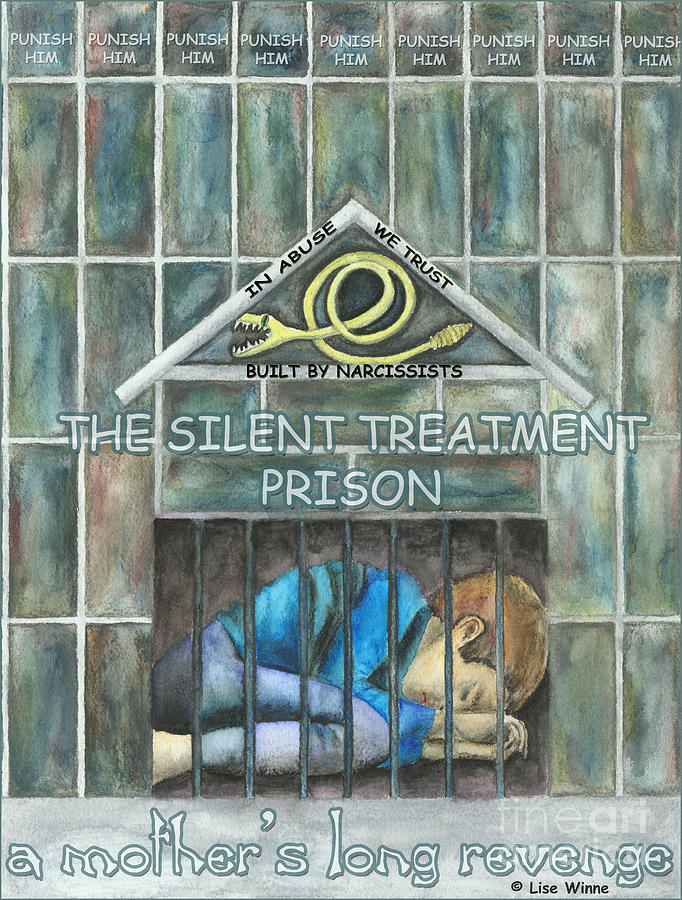 The Silent Treatment is Abuse

The Silent Treatment is Abuse

This is a statement piece about The Silent Treatment as given by a revengeful mother against her own son (vengeful parenting is usually the sign of abuse).

The silent treatment in parent-child relationships is always abuse and many scholarly articles have been written about how damaging it is to children (most often resulting in C-PTSD).

The serpent in this piece is a large snake, and often represents a sly or treacherous person. Abusive parents have been known call their kids by animal names: weasel, serpent, snake, rat, pig, sloth, etc. Also a lot of scholarly articles have been written which suggest that abusers use projection when they accuse their victims or call them names. So the serpent in this piece surrounded by "In Abuse We Trust" and "Built by Narcissists" is tongue-in-cheek about projection: the love of sadistic "time-outs" and "punishments as revenge" instead of "empathetic discipline" and productive "child learning experiences."

This, and other pieces, were created for my blog entitled "Misadventures with Angry Alcoholics, Bullies and Narcissists": http://angry-alcoholics.blogspot.com/

This piece can be find on the post I wrote entitled "The Silent Treatment is Abuse!": http://angry-alcoholics.blogspot.com/2015/09/the-silent-treatment-is-abuse.html